And it’s an impressive map – Easily one of the best European Farming Simulator maps ever.

There’s a lot to do on this map. Here are some of the stats:

But that’s not all. There are several forests around the map, ideal for some serious logging. And yes, the map also includes various types of missions.

(Updated March 30, 2019.) The team behind this beautiful map has posted on Facebook about an update to Kandelin. Here are some of the changes:

(May 23, 2019) This beautiful map has changed a lot since the first time we wrote about it. Many of the changes includes bug fixes and adaption to the new patches from Giants.

One of the best news are the PDF manuals. The Kandelin map is complex. The manual are very useful in helping you get the most out of it. Here they are:

(Updated August 3, 2019) One of the best Farming Simulator maps ever, has gotten another FS19 update. Most importantly, it’s now fully compatible with Seasons 19. And you don’t need to wait for a GEO mod. It’s as simple as plug-and-play.

That’s far from the only change. Here are more of the good stuff from the changelog:

This is just the tip of the iceberg. There have been so many improvements to the map it’s impossible to name them all. Best you can do is to download it and try it for yourself.

There’s a flyable plane in the Kandelin map. Well, kinda flyable. You can set the speed, but you cannot control stuff like pitch and roll. Still, it’s a charming feature that serves you a birds-eye view of your fields and their crops.

First, download the mod before unpacking it. Inside the folder, you’ll find the map file (FS_19Kandelin.zip) that needs to be copied over to your mods folder.

You’ll also find guides to the map, both in German and English. We hope more map makers will do the same.

(Updated August 25, 2019) Here’s most likely the last update to the Kandelin map. A lot of minor bugs have been fixed, like floating trees, and triggers that didn’t work in previous versions (the pig food trigger at the pigpen, for example.)

Just as important is the inclusion of the GlobalCompany script. Most, if not all, production on the map now uses that script. Just make sure that you have the GC script installed and activated before entering the new version of the map.

There are some problems with the player triggers for all the production objects that use the GlobalCompany script on this map.

Thanks to Totenfarmer, for sharing a guide on how to fix the problem. You can read how to do it over at the official Farming Simulator forum.

There are also updates to how the map handles Seasons 19, like making some non-working ice covers work again.

This update will most likely require a fresh gamesave.

(Updated March 23, 2020) The new version of the Kandelin map is ready for download. Here are some of the fundamental changes and additions:

You can use your old Kandelin gamesave if you are willing to do some XML editing. Join the map makers Discord to learn more.

Note: There’s a 1.5.0.1 version of the map available, that don’t use the Manure system. You can download it from this page.

There’s only one bummer about the Kandelin map. The modder has chosen Uploaded for the mod file. And if you’re not an Uploaded subscriber, it will take forever to download.

Note: You need to unpack the mod files, once you’ve gotten it to your computer. You’ll find the required files inside the unpacked folder together with handy guides, both in English and German. 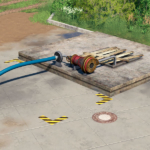 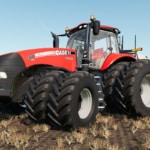